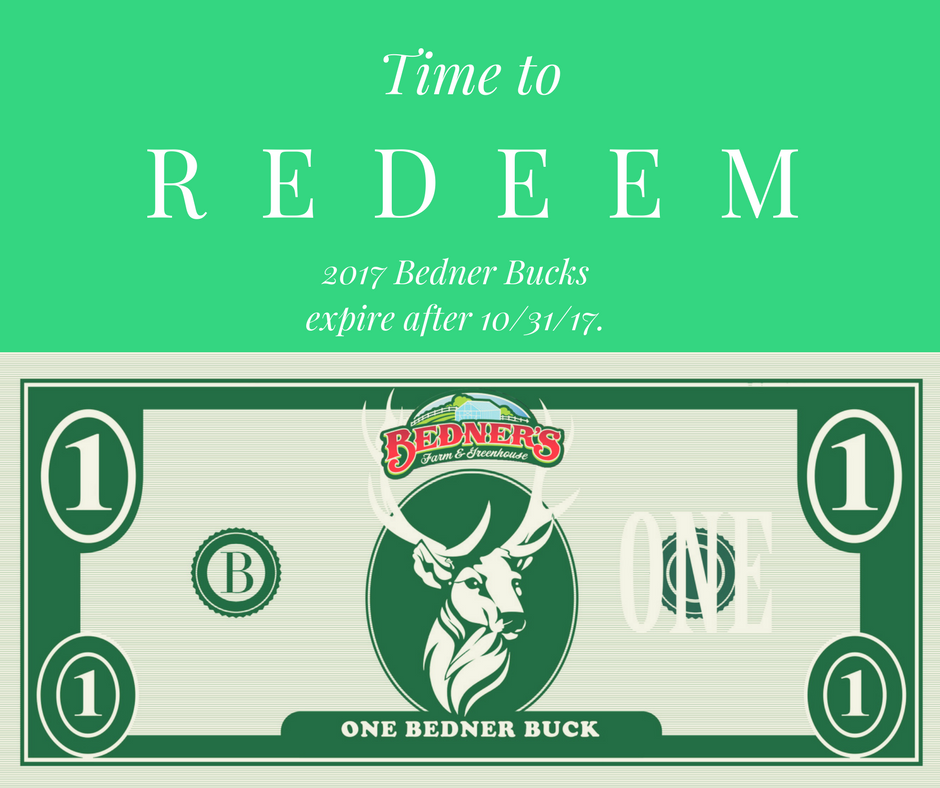 Bucks can be redeemed for up to 50% OFF of your total purchase of in stock plants and merchandise. Bedner’s Landscape & Design contracts are not included. Bedner Bucks cannot be redeemed for cash, gift cards, or consignment items. 2017 Bedner Bucks expire after October 31, 2017. THANK YOU for being our Customer!

Oh Deer! How to Keep Your Plants Safe This Fall and Winter

(Re posted with permission from The Observer Publishing Company) 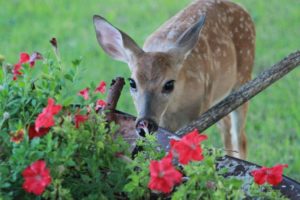 Even if you happen to have an affinity for the odd garden gnome or lawn ornament, you’re likely not too keen on living, breathing visitors in your precious garden — particularly those of the four-leg variety. And if you’ve worked all summer long for a garden that’s as beautiful as it is fruitful, you’re going to want to make sure you keep deer — and other wild animals — firmly outside your garden gate (if you have one, that is). The days are growing shorter, but don’t let the sun set on your fruits and vegetables; it’s simple to keep them safe during the autumn and winter months.

Whether you see them lurking around your prized squash, predators are out there, and they’re ready to enjoy a harvest meal courtesy of your labors.

“Through the growing season, deer and other animals are especially damaging to fruit and vegetable gardens,” said Russ Bedner, owner of Bedner’s Farm & Greenhouse in McDonald. “We have lost almost entire fields of a crop from deer and groundhogs. One fall, they wiped out almost all of our pumpkins.”

And it’s not just your potential jack-o’-lanterns at risk. According to Bedner, autumn is mating season for deer, and the animals rub the bark from trees and break limbs to mark their territory. In the winter, it’s another story.

“Deer seek out soft needled evergreens, rhododendrons, azaleas, hydrangeas, liriope and other species,” he said. “The cooler and more snow we have, the more damage they’ll do to landscape plants.”

If constructing a deer-proof, groundhog-proof wall is out of the question (hint: it probably is), there are a few things you can do to deter nature’s most motivated vandals from your garden and landscape.

“Repellex and Liquid Fence are both great,” Bedner recommended. “I personally use Liquid Fence in my own landscape and only apply it about twice – even though the directions recommend more frequent applications. For large vegetable gardens, you can get an electric fence at Tractor Supply.”

Word to the wise

While the location and layout of your garden or landscaping might be set for this season, you might take your neighborhood deer into consideration when it’s time to plant again. As Bedner said, deer love soft, smooth, foliage, like hostas and hydrangeas. If you love using these in your landscaping, keep them closer to the house not out in the yard where deer will feel unthreatened making themselves at home.

“Deer tend to stay away from plants that have a rough texture or soft scent,” Bedner also advised. Strong-scented perennials or prickly, thorny foliage growing close to your garden might dissuade the creatures from invading your space.

A journalism graduate from Brigham Young University, Kristen Price has experience writing in a variety of fields, including art and culture, health and fitness and financial and real estate services. Kristen has written for USA Today, SFGate and the Knot. 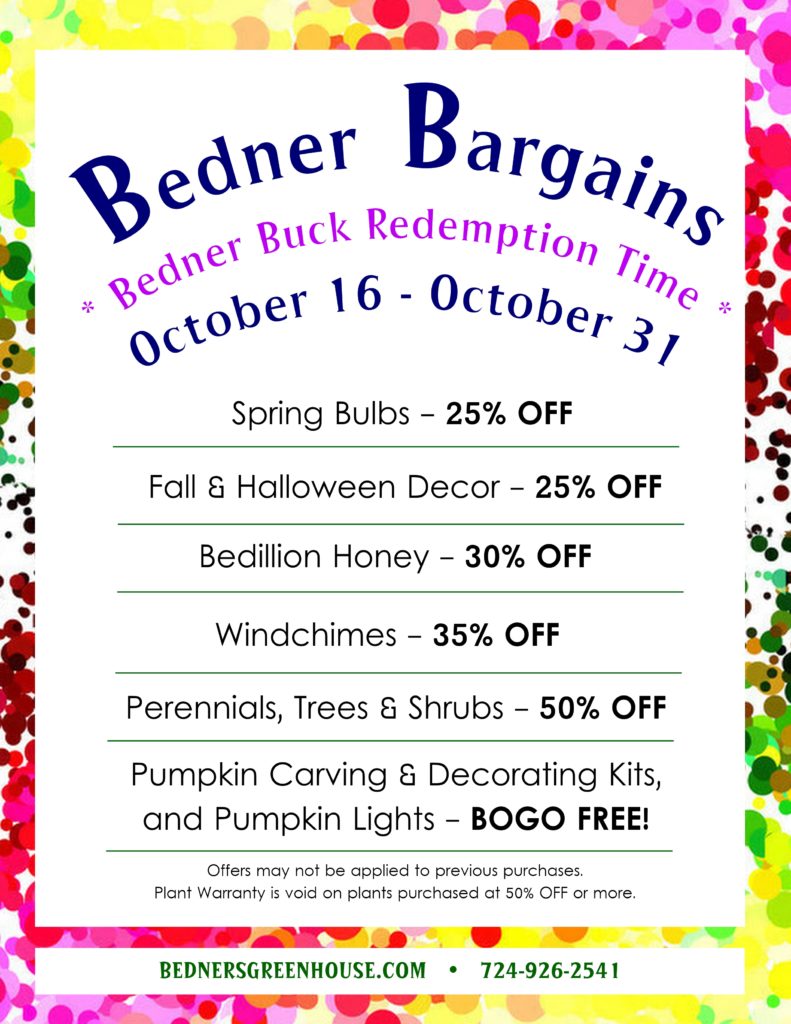 (The following article is posted with permission from writer Kaisha Jantsch)

In an effort to delay seasonal layoffs while providing the public with the opportunity to engage in seasonal sensations, Bedner Farm and Greenhouse has brought back its annual Fall Fest.
The Fall Fest is a month-long celebration of changing leaves and temperatures, that offers friends and families the opportunity to engage in typical fall fun including picking a pumpkin from the patch, and navigating fields full of mazed-corn.

“It helps us to keep our employees,” says the Director of Marketing at Bedner Farm and Greenhouse, Malanie Bedner, who is also the wife of the farm’s Co-owner, Russ Bedner. She explains, “We don’t do Christmas, so…we still have to lay our employees off, but at least…[the Fall Fest] keeps us [and our employees]…going until the end of October.”

Before implementing the Fall Fest, there was nothing to sustain the Bedner crew—the selling season, and the employee’s paychecks, ended with summer. That’s because, as Melanie Bedner notes, spring is the business’s most profitable time of year, and after it passes, so do the profits. “There’s always been greenhouses here,” she says, “…so [around springtime] we’ve sold a lot of annuals and hanging baskets,…[but] then it slows down in the summer.” And, up until about ten years ago, after business slowed, the farm and greenhouse shut down until the growing season began again in January. That meant Bedner employees were out of a job for almost four months of the year. But no longer. Nearly a decade ago, Bedner Farm and Greenhouse realized the opportunity it had, as a farm, to offer the individuals in its community a chance to either begin or continue their autumn traditions of visiting the pumpkin patch and spending time with family—something that would benefit the farm and its employees, as well as its visitors. And it’s visitors come from all over.

Though the farm is located in McDonald, Pennsylvania (Washington County, PA), Amber Musser, her husband, and her two young daughters, came all the way from Wheeling, West Virginia to partake in the Bedner Farm and Greenhouse fall festivities. “It’s fantastic. We love it,” she said in an interview. “The face painting is great for the girls, and the little hay maze was actually really sweet for them [too].”

The balloon artist at this year’s Fall Fest, Robin Lipp, who has been working the event for two years now, agrees that it’s a great event for children. “…[U]sually we get a lot of kids in here that like the balloons,” she said, “and they like the face painting over there, hay rides, and everything.” Though the Bedner Fall Fest does feature hay rides to the pumpkin patch, face-painting, a balloon artist, a two-acre corn maze, a mini-corn maze, a zipline, a pumpkin launch, and live music by local accordionist and news personality, Pat Septak, when asked what her favorite part of the Fall Fest was, four-year old Lexi Musser, the eldest of Amber Musser’s two daughters, said her favorite part was the flowers on display in the greenhouse.

Lost in the beauty, fun, flora, and fauna that Bedner’s Farm and Greenhouse provides at its Fall Fest, it is easy to forget about the people that make it possible and depend on its success. So, when deciding to visit Bedner’s Fall Fest, or any local farm’s autumn activities, whether it be to marvel the simplest of enchantments, like the last of summer’s Snapdragons, or to get lost in the most complex, like acres of corn, remember, the price of visiting the patch, pays for a whole lot more than a pumpkin.

Bedner’s Fall Fest runs every weekend from now until Halloween, and operates from 11am-5pm each of those days, with the exception of Columbus Day where it will operate from 12pm-4pm. See www.bednersgreenhouse.com for more information. 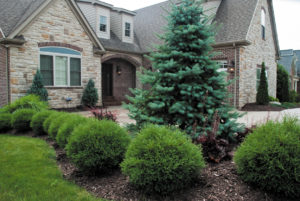 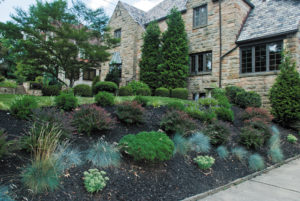 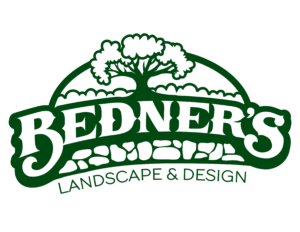 Now is the time to get on our Landscape Fall Clean-Up schedule. We prune perennials, weed, remove annuals, and clean debris to keep your beds looking good while also preventing pest and disease problems from developing over winter.

We can also plant your spring bulbs, as well as pansies, which will give you cheerful color now until the snow flies, and then again in spring.